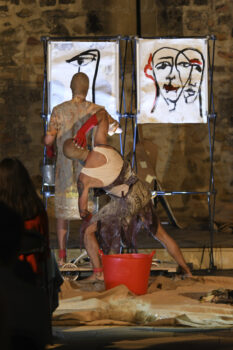 In 2009, the Baeza Town Council, through the Department of Equality, and within the framework of the development of the Strategic Plan for Equal Opportunities between Women and Men of Baeza, created the Baeza for Diversity Programme in compliance with its commitment to citizenship, and with the democratic values of solidarity, justice and equality.

The main objective of this programme is to raise awareness among the citizens of Baeza, and the population in general, regarding the acceptance of sexual diversity, gender identity and other diversities and showcase the work carried out by individuals, groups and other entities in favour of this diversity. It also strives to fulfil the commitment of the Municipal Government team regarding the richness that diversity and social plurality bring as a guarantee of a fairer, more democratic and egalitarian society.

Considering sexual diversity, gender identity and other diversities, as elements of cohesion of our social model, gives us plurality and freedom, while facilitating the democratic development of citizenship and the institutions that represent it. So, from 2009 to the present day, and around the months of September and October, a wide range of activities are programmed, with the central axis being the awarding of the “BaezaDiversa” prizes, in recognition of this diversity.